Money has been on my mind lately.

For one thing Family Thesis Whisperer have just been overseas and spent a great deal of it. When we got home we visited the accountant (always an eye opening experience). Lastly we are contemplating moving to another area for Thesis Whisperer junior’s schooling, which sharpens the mind about income and expenditure. 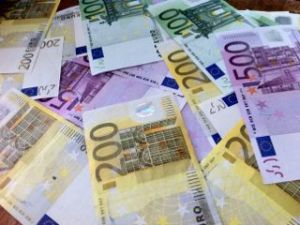 For some years now Mr Thesis Whisperer and I have frustrated our family and friends by being, well, notoriously frugal. We got rid of our car and refused to go to weddings overseas, or visit family living in foreign locales for about 7 years (sorry Rebekah and Judy!). The reason for this was simple: we had one steady income and a PhD student in the house.

Money was tight in those lean years. When I did get academic work it was casual / adjunct and lasted for 3 months at a time at most. Thesis Whisperer Jnr’s childcare centre was not as casual as the University about the hours he attended. We had to pay fees to keep our booked days, and the possibility of me going to work, even if I didn’t have any.

In Australian culture we are uncomfortable talking about money. In the absence of a frank discussion, there continues to be a view that it is a rite of passage to starve in your garret while you do your PhD, which I think is an entirely wrongheaded way to treat some of your nation’s smartest people (are you listening Julia Gillard?). International students are particularly hard up; I honestly don’t know how they do it.

If you are a struggling PhD student, some members of the academy can seem remarkably unsympathetic to your plight. I remember telling one of the Professors at a work function that I had clocked up 10 years of casual work in his department. He expressed surprise I had been “around so long” and told me I was lucky to be a casual staff member, because tenure was like “golden hand-cuffs to someone with your talents”. Inwardly I seethed, but I knew I was achieving some measure of adult maturity when I was able to calmly sip my drink and explain to him exactly why the bank didn’t want to give me a mortgage instead of stamping my feet and screaming.

I’m sure the professor was uncomfortable about the structure of the contemporary academic workplace and meant the comment as both compliment and reassurance.”Lock me up and throw away the key!” is my position on tenure now I have it (or the Australian equivalent at least, which is not nearly as good, but I’ll take what I can get right?). Talk to any group of PhD students and it’s likely they will say the same.

I don’t want to spend the whole post whingeing about my past life. It’s no secret that doing a PhD is expensive; if not in fees than certainly in the income forgone while you do it. But as Maia reminded us last week, at the other end, hopefully, is a new life, or new career; it just may take awhile.

I happened to be up for the live #phdchat on Twitter about finances and the PhD, where students compared experiences and made suggestions – a very interesting session if you can get access to the scroll back. I was inspired by this session to share what I learned about money during my PhD, in the hope that you will share more ideas:

Our first car was an Audi S3. It was lovely and zippy, but oh my goodness. So expensive. One year that thing cost us $3000 in tires ALONE. We were dual income no kids at the time, so this was annoying rather than a disaster, but that didn’t last. When Thesis whisperer Jnr arrived we sold it and copped a $23,000 financial hit (!) trading in on a reliable Subaru.

The subi was a great car, but when it came out of lease we thought we might try not replacing it and see what happened. Revelation! We realised it wasn’t the car, but the lifestyle it enabled which was the real problem. A shopping trolley and a walk home forces you to think about whether you need to buy things. On family outings we packed sandwiches because you can’t ask the train driver to stop when you are feeling peckish, which leads me nicely to my next point,

2. Watch the ‘walk around’ money

When you have  a disparity of incomes, putting the money all in one bucket makes for marital harmony as there is only ‘our money’. We used to just throw Our Money into a bucket and draw it out as we went, hoping for the best. This does not work. We lost track and we argued about what it was spent on.

We took advice from some more financially savvy friends and started giving ourselves ‘pocket money’. An equal sum of money goes in each of our private bank accounts each month, while the rest goes in the shared bucket. Pocket money is ‘walk around money’ which can be spent on a whim; the other person is not allowed to judge, or even see the accounts. We have very different approaches to money, so this works for us.

Mischief managed. I happily spend all of my money, every month, on clothes, haircuts, books and various other fripperies while Mr Thesis Whisperer buys clothes once a year and saves up to treat himself to a fancy GPS for his bike.

3. Learn to love a budget – even if you don’t make it yourself

I hate doing budgeting. It brings me out in a rash. Lucky for me, Mr Thesis whisperer is awesome at it. I started to love the budget, if not the budgeting process, as the money stacked up in the bank and my stress levels went down. I’m still hopeless at doing a budget, but I accept the limits it places on me are Good, so I don’t fight it.

4. Don’t buy books until you are sure you will read them

Books are the academic’s crack cocaine. If you are anything like me even the smell of a bookstore gives you a rush. But those blasted academic books are expensive my friends. The problem is that “I gotta have it NOW” feeling. Answer? Borrow them first. If a bookstore have it, the library can get it for you if you are prepared to wait. If I have extend it more than 3 times and it has sticky notes all over it, then I buy it.

5. Marry Rich (if you don’t manage that, marry Kind)

Now I get to the end I realise that Mr Thesis Whisperer features heavily in this post. He’s always had a decent, steady income and been willing to share it. Without that support I would surely have gone broke long ago. I know there are many partners out there like Mr Thesis Whisperer; your country salutes you.

It’s tougher financially, I think, to do it on your own. However there are other benefits to solo study, such as being (largely) the master of your own social life. If you are single and crap with money, don’t despair. Someone, somewhere in your social circle is great at it. Spend some time learning from them and, hopefully, some of the canny PhD student saving secrets, which I hope will appear in the comments!

Is the University a Bad Boyfriend?