I want to tell you a story about a friend – let’s call him Todd.

Todd used to work in an academic ‘think tank’ run by a famous professor, let’s call him Kenny.

Kenny and Todd worked together for a number of years. Kenny was a demanding boss. He consistently tasked Todd with a series of high stakes, last minute projects. Todd always delivered on these projects, even though it caused him great stress. 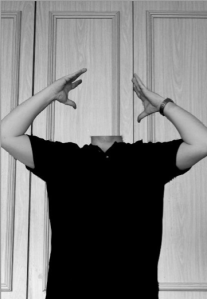 Kenny’s colleagues knew Todd was involved in the think tank work, but they didn’t understand exactly what Todd’s role was. Todd learned pretty quickly that if he presumed to talk to these colleagues when Kenny wasn’t around, or send emails to them, he would get the silent treatment. Even urgent requests about pay would get no answer.

I can only guess this silent treatment was Kenny’s way of exerting control. By holding Todd at a distance, and refusing to publicly acknowledge Todd’s contributions, Kenny could preserve the fiction of being a solo genius and avoid the danger of Todd being poached by another colleague.

Todd, being a modest kind of person, assumed he was left out for reasons that had nothing to do with Kenny’s ego. Todd merely assumed he wasn’t good enough. This made Todd paranoid. Eventually every action Kenny took, especially the silences, would drive Todd into a frenzy of self doubt.

This dynamic is best demonstrated in the story Todd tells about the photocopier.

While waiting for a print job to come through Todd flicked idly through another document which Kenny had left on the photocopier’s tray. It was useful to the work Todd was doing. Todd respected the office rules about not interfering with other’s printouts, so he left it there, but questions and theories about Kenny’s reason for printing it raced through Todd’s mind. Was this a test of some kind? Todd invented increasingly elaborate ideas about what this ‘test’ was about and how he could pass it.

Come Monday Todd was a nervous wreck. On being summoned to Kenny’s office, Todd felt an intense sense of dread. He nearly fainted with relief when the professor merely handed him the document, saying: “sorry – I forgot to give that to you last week”. Todd realised he’d spent three days feeding his own crazy for absolutely no reason. Suffice to say, in the interest of his own mental health Todd didn’t stay in that job much longer.

Silence is the most potent form of communication. Silence is particularly potent when there is an imbalance of power – stated or not.

Think about the last time you waited for your new love interest to call. Mercifully this is about 17 years ago for me, but I still remember the feeling of watching the phone and willing it to ring. After a couple of days I would come to the conclusion that I was totally unlovable and would be alone forever. Then they would call and act like nothing had happened because, indeed, nothing had happened! The worries were all in my own head. I fed my own crazy because I had temporarily accorded the man in question power over my emotional state.

Silence in the workplace can have a similar dynamic – affecting one person far more than another. This is because silence between two people can become a void that is quickly filled with all kinds of hopes, desires and theories. Silence on its own doesn’t necessarily let in the crazy, but silence from a powerful person can open the door to crazy like almost nothing else.

Why am I talking at such length about silence? Well, the most common complaint I have from students is lack of feedback from their supervisors. Most supervisors, myself included, need at least a month to give considered feedback on a 10,000 word chapter – sometimes longer. But I often talk to students who are working themselves into a froth of anxiety after only a week.

Most of the time, as the relationship develops, students grow more comfortable with silences, but supervisors need to be aware that they are always in a power hierarchy. Actions, even innocent ones, can be misinterpreted in ways the supervisor may be completely unaware of.

What do you think? Has there been a time when silence from another person has led you into a frenzy of self doubt? What happened and how did you deal with it?

Mum and Dad are fighting – what should I do?

How to tell your supervisor you want a divorce

Please stop telling me to ‘manage’ my supervisor!

34 thoughts on “Feeding the crazy”