In Australia, your PhD thesis is examined by a blind peer review process. This can produce mixed results, as we will hear in this story. Joanne Doyle is a PhD student at the University of Southern Queensland (USQ) in Toowoomba, Australia. Joanne’s research explores academic perspectives on the impact of higher education research. Prior to embarking on doctoral studies, Joanne was the Research Proposal and Project Manager for USQ’s Australian Digital Futures Institute. Joanne has a strong project management background and has worked across a range of sectors including mining, retail, service and education. 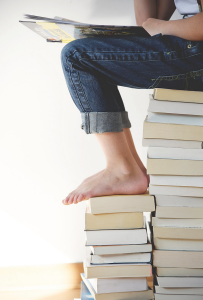 Without being too dramatic or self-pitying, it would be fair to say that I have endured more than my fair share of challenges during my PhD candidature.

Along the way, I lost two supervisors, was hospitalised three times, and was made redundant from my work role just prior to finalising a full draft of the thesis. But I had worked hard, and I truly believed that the spiritual principle of karma would ensure that I sailed through examination.

Unfortunately, this was not to be. For reasons outside my control, there were issues selecting examiners for my thesis, causing further disruption to my PhD journey and the process of examination. After spending three and a half years working towards submission, I found another delay to be almost unbearable. But not to worry. Encouraged by my faith in karma, I remained optimistic about the final stages of my doctoral journey.

Eventually I received my examination reports. To say they were polar opposites is no exaggeration. The first examiner judged my work to be “an exemplary thesis… one of the most outstanding pieces of doctoral research I have had pleasure to examine”. He further noted that “the thesis fulfils and then exceeds in most aspects standard requirements of doctoral enquiry”.

On the other hand, the second examiner criticised all aspects of the research, suggesting that the thesis did not demonstrate the skills expected at doctoral level.

And so I am left with major revisions.

Colleagues have told me that major revisions is a common outcome, and that students will often receive one positive review and one negative review. I understand it’s all part of the process of becoming an academic, and getting used to the system of peer-review and rejection that is so commonplace in seeking publication in prestigious academic journals. I am told it is necessary to have a “thick skin” to survive in this sector.

But I don’t want a life of harsh criticism. I don’t want to develop a discouraged and jaded personality. I am an early stage researcher – albeit with a few lines and some grey hairs – and I want my research to make a difference in the world. I aspire to contribute to the body of knowledge, and I need to believe in myself and the value of my research in order to achieve that. And yet, I am disillusioned by the system that assesses my research – where opinions can be so disparate – and I am annoyed that the perceptions of one individual can have such significant repercussions for another.

Perhaps I am a little more passionate about contemporary processes than others may be. After all, the focus of my doctoral research was exploring perceptions of impact (and I do appreciate the irony of my current predicament!) However, I am still reeling from such diametrically opposed feedback. I know one examiner was complimentary of my research, but I don’t think about him or her very much.

I focus on the second examiner.

I want to meet this person so I can put a face to the comments. Despite conjecture that young examiners are the harshest critics, I picture this person to be a grumpy older academic disgruntled by life. It helps me somewhat as I battle to synthesise the feedback.

It is really hard to read such scathing criticism of something you have nurtured and loved for over three years. In my moment of desperation, I turned to the Thesis Whisperer. I have followed the Thesis Whisperer throughout my PhD journey, and found solace in posts such as The Valley of Shit, and I’m Writing a Book No One Will Read. I typed “examination” into the search box, and was directed to Surviving A PhD Disaster which linked to What To Do When Your Thesis is Rejected by the Examiners. It was comforting to read that I was not alone in my predicament.

But it was the post 4 Things You Should Know About Choosing Examiners for your Thesis that really helped me. In this post, the Thesis Whisperer provides a succinct assessment of the examination grading process: “It’s not really a grade, but an indication of how much work needs to be done; from not very much to rather a lot”. I wish I had read this post earlier as it changed my perspective.

I re-read the examination reports, and the recommended revisions became bearable, even logical, improvements. I have committed to make the changes before the end of this year, guided once again by the Thesis Whisperer and the suggestions in Doing Your Amendments Without Losing Heart (or Your Mind).

It’s not easy to share examination feedback. However, writing this post has been cathartic for me. The act of articulating my anguish has helped me to accept my current dilemma. But, my reason for writing this post is far greater. I want to share my examination experience to help other students that tread this path after me, and to give back in some small way to the Thesis Whisperer blog, as an expression of my gratitude for being there when I have needed you most. But I must go now. I have an estimated four months of major revisions ahead of me!

Post-script: It took me three months to revise the thesis. Although I was despondent at the prospect of more work, I am now grateful for the feedback provided by the two examiners, and I have an increased respect for the peer-review process. In making changes to the thesis, I gained a better understanding of my research, and I was able to rationalise the harsh criticism that my thesis had received. I also developed skills in patience, perseverance and humility. The most valuable lessons are often learned during the hardest times. I couldn’t agree more.

Thanks Joanne! Do you have an examination story to tell? Love to hear about it in the comments.

4 Things You Should Know About Choosing Examiners for your Thesis

Doing Your Amendments Without Losing Heart (or Your Mind)

12 thoughts on “The wildcard of examination”