At the start of the year I shared my key word: “Less”. Since I totally failed to do Less in 2017, 2018 was a do-over year to see if I could manage my work load better. With the help of an app called Timing (which I wrote about here), I managed to keep the hours in check pretty well. Here’s a snap shot of my hours from late November that shows I was tracking well to bring my total hours worked to an average of 41 hours a week: 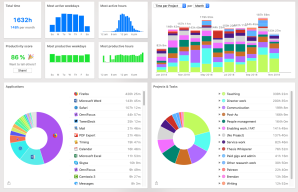 Of course, when you do less hours, you write less papers. I’ve only managed two journal papers this year. I have, however, been very productive on other projects, arguably closer to my heart. I managed to keep running the blog each week and started a new Patreon Channel, where I share videos and extra writing every second week. I’m asking for $1 a month on the principle that PhD students don’t have heaps of money and every little bit helps!

Just keeping up with this content production schedule is a challenge, so a sincere thank you to those of you who have decided to become Patreons and help me throw money at problems. I hope to unveil a fresh new look for the Whisperer in 2019. This will be a big investment in overhauling the website and moving to my own installation of WordPress so the site is more searchable and mobile friendly. With the help of my Patreons, I’ve just spent just over $1000 on design; the next stage is to build a new site and migrate ten years of content.

The quote for the rest of this web work was an eye watering $10,000+, which I hope to fund via book sales and some extra contract work. If you would like to help, I have a new $5 a month Patreon tier. I plan to close this tier in the middle of the year when the work is done, so if you join now your total contribution would be about $30. No pressure: I’ll get there somehow – after 10 years in the same ‘clothes’, the Thesis Whisperer deserves this new look!

I’m expecting the UK release of How to fix your Academic Writing Trouble in a couple of days. I’m really proud of this book – it’s taken over three years to bring it together with my co-authors Katherine Firth and Shaun Lehmann. You’ve seen previews of some of this content, such as this post on how conjunctive adverbs stick sentences together and this one on why writing is like a painful, upper middle-class dinner party. 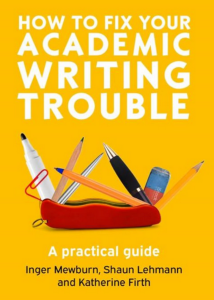 You can order it from the UK Amazon store right now and I will share the details of the Australian release when I have it. Speaking of releases, the UK and US rights to my book How to be an academic have been purchased by Johns Hopkins Press. We have been working hard on a re-edit for the American market. When it’s released next July it will have a new title Becoming an Academic – and a lovely new cover:

Last, but by no means least on the passion project list, our research team at ANU have been working on an app called ‘PostAc’. It’s a new kind of search engine for PhD graduates. At the moment it’s in user trial until April (thanks to the over 1000 people who signed up!). We’ll have more news on the future of the app after April, but until then, here’s a video:

As usual, Thesis Whisperer will be closed for the Australian summer. I’ve just been to the UK, but now I’m off to Beijing, Japan and the US. I hope you have a restful break if you are taking one, and see you in early February.

PS: If you’ve just discovered the Thesis Whisperer while the shop is temporarily closed, please visit the Best of the Blog archive for some good places to start exploring.